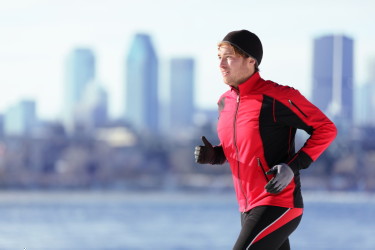 Why is it so hard to change, even when we really want to? It’s because we’re creatures of habit.

Try switching your seat at the dining room table and you almost feel lost. If you ever visit a foreign country where they drive on the opposite side of the road, try driving on their side (not on a freeway, please).

Habits are essential. Can you imagine what would happen if we had to give the same attention to all our actions as we did when we first learned to do them? (To call it “chaos” would be an understatement!) So habits become automatic and a fixed part of our personalities.

This is why we cannot simply change our behaviors or habits overnight. Self-control and willpower wane, and it’s not long before we’re back to where we started — our old comfortable habits.

In his philosophical work, Maimonides stresses the power of habits and how they even affect our opinions: Within human nature is a love and inclination toward one’s habits. A person loves his habitual opinions, and he is protective of opinions with which he was raised. This often prevents him from recognizing the truth.

So how can we change?

1. Change one habit a week.

In his autobiography, Benjamin Franklin describes how he had the motivation to remove his flawed character traits. But he didn’t succeed in improving all of them at once, because as he tried to guard against one behavior fault, he was often surprised by another. Old habits were stubborn, and inclination often overpowered reason.

So he decided to give one week’s strict attention to each one of the virtues successively. He compares this to someone who has a garden to weed. He does not attempt to eliminate all the bad weeds at once, which would exceed his reach and strength. Rather, he works on one bed of weeds at a time, and after completing the first bed, proceeds to a second bed of weeds.

The mind and body do not deal well with significant changes. For example, if you want to get healthier, change only your breakfast in Week One. Your mind and body cannot acclimate well to changing your whole diet in one day. If you want to start exercising, start with two or three workouts a week for just 10 minutes. If you want to work on anger, concentrate on speaking softly and not raising your voice for a 4-hour period during the day.

Simply write down the habit of the week on a piece of paper and at the end of each day, mark down if you kept the habit. Add a 1 if you did, and a “minus 1,” if you didn’t. At the end of the week, calculate the totals. You’ll be able to see your progress at a glance.

If you broke the habit on one of the days, try to figure out why it happened. In no more than five words, write down where it happened and what you were feeling. That way, you’ll become aware of challenging situations and be prepared next time it happens.

This may seem like a bother but do you have 10 minutes a week to spare? That’s how long it will take to track your progress and discover the source of your actions.

5. Change the focus habit each week.

This approach may seem slower than making extreme changes, but resist the urge to take on too much. If you’re persistent, you will begin to notice significant changes in your lifestyle and perceptions. The key is to allow the inner changes to take place at the right pace. It’s a powerful method for bringing your subconscious mind in line with your conscious mind and actions.

I would love to hear about your experience after you try this approach. You are on the way to making permanent habit changes!