How Maimonides Dealt with Stress & Anxiety 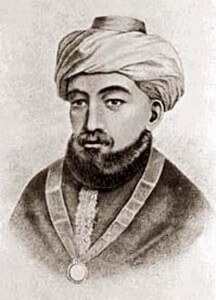 As one of history’s most famous medical doctors, Maimonides, wrote a wealth of medical treatises. Amongst his better-known writings is the Regimen of Health (Regimine Sanitatis), which discusses the connection between mental and physical health, especially in relation to stress and anxiety. While the relationship between mind and body has only been acknowledged by the medical world in the last hundred years, Maimonides was aware of this connection and wrote about it back in the 12th century, making him a pioneer in the development of psychosomatics.

Maimonides’ medical writings were studied widely in the 12th century to gain an understanding of hygiene. The Regimen of Health in particular caught the attention of others in the medical f3ield, and was used as a textbook in academies and universities. Later on, in 1477, a Latin edition was published in Florence. Being printed so shortly after the invention of the printing press confirms the stature of this treatise.

In particular, the third chapter intrigued many in the medical field since it contained Maimonides’ concept of a ‘healthy mind in a healthy body’. He detailed his medical knowledge with psychological and nutritional insights, and herbal prescriptions for stress and anxiety.

Maimonides’ notoriety gained the attention of many leading experts in the region. He was held in high regard by Saladin and his son al-Malik al-Afdal who appointed Maimonides as court physician after he ascended to the throne. Ibn Abi Ozeibia (1203–1270), the famous physician and historian of Cairo, concludes his biography of Maimonides with a famous poem describing him as a “healer of the body and the mind.”

Here are just a few short excerpts from the Regimen of Health which can shed light for many of us today:

Maimonides has a beautiful piece in his Regimen of Health regarding emotional health where he suggests to Saladin’s son how to perceive life’s challenges:

“The physician should not think that medical knowledge (alone) can set aside emotional instabilities. Psychology and ethical philosophy are necessary…

Contemplation alone reduces bad thoughts, anxiety and distress. Most thoughts that cause distress, sorrow, sadness or grief, occurs from one of two things:

1.   Either one thinks of the past like the loss of money or a beloved one

2.   Or one thinks of something that may occur in the future like a possible loss or injury and one fears their coming.

Yet it is known through rational observation that thinking about the past is of no benefit at all. Sorrow and grief over the past are activities of those who lack the influence of the intellect. There is no difference between a person who grieves over lost money and the like, and someone who grieves because he is human and not an angel, or a star, or similar thoughts which are impossibilities.

Similarly, any anxiety that results from thoughts about what may happen in the future are pointless because every possible thing lies in the realm of possibility: maybe it will happen and maybe it will not. Let a person replace anxiety with hope [in G-d] and with this hope it is possible that in fact the opposite of what one fears will actually happen, because both what one fears and its opposite are (equally) in the realm of possibility.”

However, it is clear that Maimonides maintained that stress and anxiety sometimes require medicinal treatment. All ten of his medical works are full of herbal prescriptions for stress, anxiety and depression.  In fact when al-Malik al-Afdal complained of

constipation, depression, stress and indigestion, Maimonides associated his symptoms with his psychological considerations. Here therefore wrote one of his prescribed remedies for al-Malik al-Afdal:

“This anti-anxiety formula should be taken regularly, at all times. Its effects are that sadness and anxieties disappear. This is a remedy of which no equal can be found in gladdening, strengthening and invigorating the psyche. It should always be found in your possession.”

The formula contains ingredients that are considered some of the most effective herbs for stress today. For example, the University of Maryland Medical Center (UMMC) suggests Lavender as a herbal remedy for anxiety. Borage oil contains high quantities of the essential fatty acid gamma-linoleic acid, GLA. Borage oil works to help to stabilize the adrenals and produce adrenaline, which helps the body to cope with stress. Rose hip extract may be beneficial in treating anxiety and fatigue. Lemon peel helps relieve mental fatigue, improve mental clarity, alertness, and memory. It may also aid in depression, anxiety and promotes restful sleep.

It is clear from Maimonides’ Regimen of Health that he believed that stress and anxiety should be treated with a combination of psychology, herbal formulations, diet and exercise. Each component is necessary as a combined holistic approach for achieving effective long-term results.