If you’ve ever struggled with making permanent healthy lifestyle changes you know that it isn’t always that easy. Research shows that our minds can play a powerful role in altering our behavior patterns. Mind Body Quotes will help you unleash the minds’ power.

Quotes can be a very powerful means to an end for conditioning the mind through a simple program of meditation or what I like to call ‘contemplation’. Here are 3 mental moves that you can use in order to maximize the Mind Body Quotes below:

Mind Trick #1: Talk to yourself

Mind Trick #2: Repeat to yourself

The second very effective method for closing the gap between emotions and mind is repetition. Repeating a concept audibly or mentally helps internalize and engrave the concept on the slabs of your heart. Eventually the concept will be on your mind while you are walking on the street and sleeping on your bed, affecting all your thought processes without your even having to pay attention to them. Your actions will be directed by the subconscious motivations you programmed internally yourself. So repeat the Mind Body Quotes as often as you can 🙂

Mind Trick #3: Use your imagination

Imagination arouses inner motivations and helps internalize information that was previously confined to the intellect. Today this exercise is called guided imagery, a technique that involves picturing a specific image or goal and imagining yourself achieving it. It is described as mobilizing the unconscious mind to assist with conscious goals. Take the Mind Body Quote of the day or week and see yourself practically implementing it today. 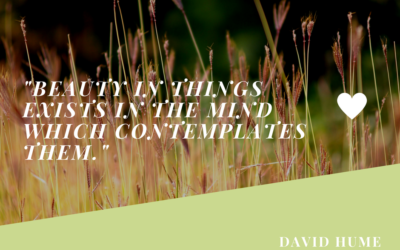 "Beauty in things exists in the mind which contemplates them." - David Hume So much of what we perceive as beauty, is just the mindset we choose to trigger. Two people can see the exact same thing. One will see beauty and the other will see chaos or disorder. Then... 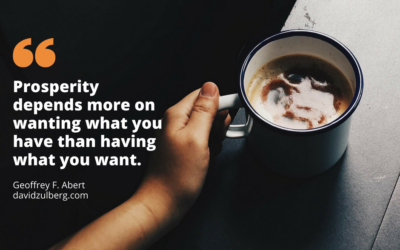 Prosperity "Prosperity depends more on wanting what you have than having what you want." ~ Geoffrey F. Abert. Sometimes the answer to happiness and contentment lies in noticing what you actually have. New things and challenges can be exciting but you can never be...

“A habit cannot be tossed out the window; it must be coaxed down the stairs a step at a time.” - Mark Twain Wise words! One of the main themes in my books is that habits cannot be changed overnight. It simply goes against human nature. This is why you can't simply...

Galileo once said, "You cannot teach a man anything; you can only help him find it within himself." You can only go so far when trying to help someone learn a new concept. It is almost like you have to create the spark of the idea or concept, and allow the other... 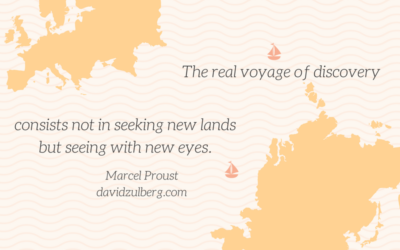 "The real voyage of discovery consists not in seeking new lands but seeing with new eyes." - Marcel Proust Often there is an itch to travel to get away from things or learn about a new way of life. A 'find myself' journey where you find some sort of enlightenment. But... 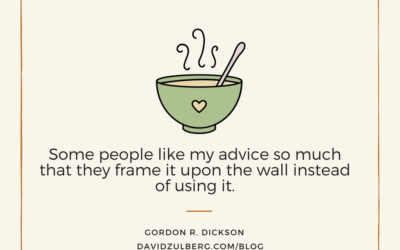 Some people like my advice so much that they frame it upon the wall instead of using it. —Gordon R. Dickson Motivational quotes are wonderful but if you don't put them in action, they just remain motivation. Motivation wanes quickly. If a quote inspires you,...

“Every single feeling, no matter how small it is and even if it is forgotten immediately by the conscious mind, always leaves some sort of impression on the memory." - Accounting of the Soul, M. M. Levin (1749–1826) Habits start off as simple acts, but what turns...

What is true freedom? "Freedom is the most profound goal for breaking any bad habits and addictions" - The Mind Body Synergy Diet by David Zulberg   Don’t rely on “willpower”; decide you just don’t want it! Asking yourself “why” and reminding yourself of the...

"People often say that motivation doesn’t last. Well, neither does bathing – that’s why we recommend it daily." — Zig Ziglar

We are what we repeatedly do; excellence, then, is not an act but a habit. — Aristotle 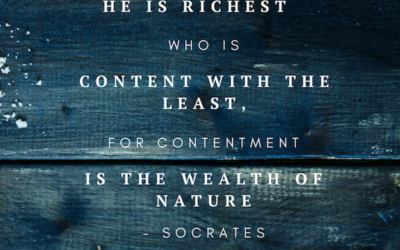 “He is richest who is content with the least, for contentment is the wealth of nature.” - Socrates 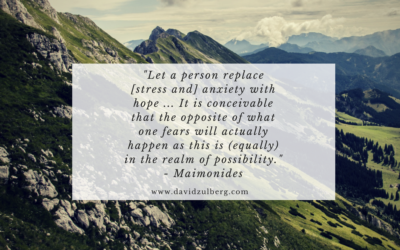 "Let a person replace [stress and] anxiety with hope ... It is conceivable that the opposite of what one fears will actually happen as this is (equally) in the realm of possibility." - Maimonides Maimonides explains that anxiety which is the result of worrying about... 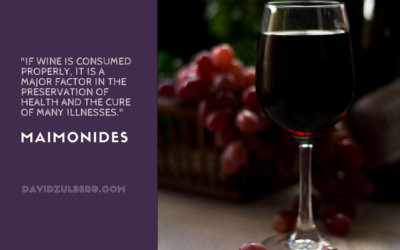 "If wine is consumed properly, it is a major factor in the preservation of health and the cure of many illnesses." - Maimonides 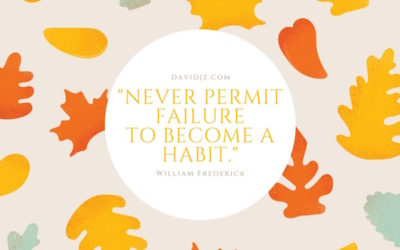 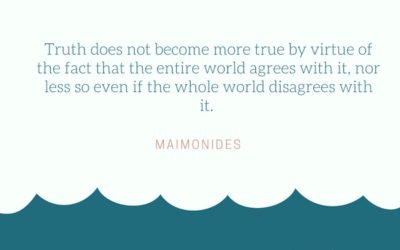 Truth does not become more true by virtue of the fact that the entire world agrees with it, nor less so even if the whole world disagrees with it. - Maimonides Guide for the Perplexed (ca. 1190)

“In the realm of Nature there is nothing purposeless, trivial, or unnecessary” - Maimonides 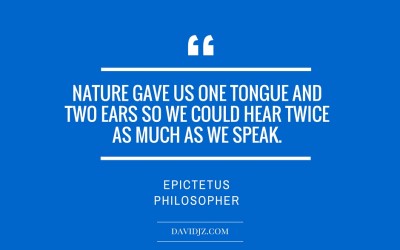 Nature gave us one tongue and two ears so we could hear twice as much as we speak. - Epictetus Philosopher 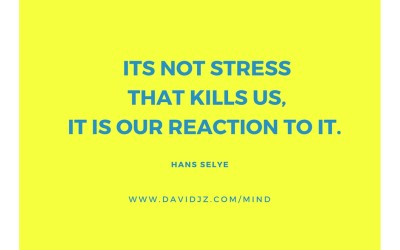 "ITS NOT STRESS THAT KILLS US, IT IS OUR REACTION TO IT." - HANS SELYE