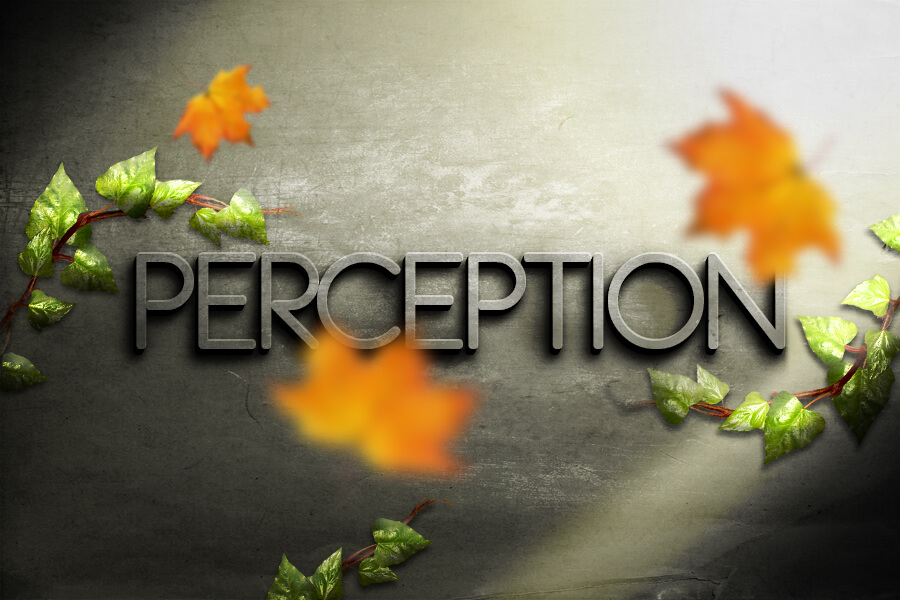 Is it possible to control your thoughts or control what seem to be natural emotions?

The Greek sage and Stoic philosopher Epictetus (55–135 AD) says it beautifully: People are disturbed not by things that happen to them, but by the principles and opinions which they form concerning those things. When we are impeded, troubled, or grieved, let us never attribute it to others, but to ourselves—to our own principles and opinions.

I was very excited to find how Albert Ellis (1962), who developed rational emotive behavior therapy, reiterates this concept of perception and opinions in a structured format. He explains that “how” people react to events is determined largely by their “view” of the events, not the events themselves. Ellis described this in an A-B-C model: A is the activating event, B is the beliefs the person has about the event or situation, and C is the emotional and behavioral consequence of the person’s belief. Our goal must be to move to D, which is to dispute and challenge the erroneous beliefs and views that lead to disruptive emotions and behaviors.

We can understand the immediate influence of our perceptions or beliefs on our emotions by looking at the following comical candid-camera scene: A man is in a restaurant enjoying a steak. A worker comes through the restaurant, carrying a box to the kitchen. Suddenly a cat’s head falls out of the box. At once the diner drops his cutlery and spits out the food from his mouth.

While this scene is a prank, it captures the power of perception. His food was exactly the same before and after the cat’s head fell out of the box. The only thing that changed was his perception of it. In an instant, he went from enjoying the food to being disgusted by it.

Let’s look at another example, which clearly illustrates how a sudden shift in perception can trigger completely new and even opposite emotional reactions:

At the end of World War II, a great scholar arrived at one of the concentration camps. He went from survivor to survivor, trying to comfort each one. Most of them expressed their gratitude to God for being saved. However, one survivor was very angry. He said, “A religious man in the camp somehow managed to sneak in a prayer book. But he would only lend it to those who gave him their daily portion of bread. So every day, he would collect bread from people who were starving, in exchange for the use of his prayer book. After seeing this despicable behavior, I have no interest in religion.”

The scholar took the hand of this survivor and said to him with empathy, “I understand that it must be so hard for you, but let me make the following point. Instead of thinking about the one person who demanded a portion of bread for the use of his prayer book, why don’t we focus on the dozens of starving religious people who were prepared to give up their daily ration of food for the use of a prayer book!”

This moving story illustrates our point. If we choose to focus on the man who was so heartless and selfish, we feel angry, upset, and disgusted. However, if we choose to dwell on the scores of people who sacrificed so much to have that prayer book, we are filled with admiration and inspiration. It is amazing that the same story can elicit such extreme and different emotional reactions. It just depends on our perception and interpretation of the situation.

At the point of change, you will want to make the right choices. It is not uncommon to hear people say, “I just can’t control myself” or “I don’t have enough willpower.” The truth is that this defense has validity. The reality is that willpower alone is weaker than a craving or a bad-eating habit! Current research substantiates that self-control is very limited. Let me explain why. The following example illustrates the interaction between subconscious habit formation, willpower, cravings, and our eating habits.

Imagine a thick piece of delicious chocolate cake with creamy icing melting over its edges or think about the prospect of taking a second helping after finishing a satisfying meal. What is going on inside your head?

You hear one voice that says, “Mmm, I really want to eat this! I love chocolate cake, and this looks irresistibly yummy!” Or: “It’s my favorite food. I really want another helping. No one is looking . . .”

Then, suddenly, just before you reach out to take a second helping, a small voice interjects, “But you know you really shouldn’t. You’ll feel guilty later on. You’ll be sorry!”

We can all relate to this very common experience. Let’s take a few moments to carefully analyze the above inner debate and you will notice something fascinating. The voice that tempts you to eat the cake or take another helping is in the first person: I want to eat it; I love this food. In contrast, the “responsible” voice is in the second person: You know that you will regret this; you know you shouldn’t.

At the point of transformation and a perception change, when you look at a delicious piece chocolate cake, the I and the You will switch positions. Now the responsible voice becomes the I: “I don’t want to eat that piece of cake.” The voice that tempts becomes the You: “You know that used to be your favorite treat.” You still experience temptation, but it is the weaker will, and it is an external temptation in the second person.

In fact, at the ultimate level of transformation, you are no longer making the correct choices with your intellect. You are making them reflexively. Your reactive mind or irrational mind stays exactly the same—shortsighted and impulsive. However, now the source of your particular motivation—perception—is healthy. You will no longer experience that inner conflict, or certainly to a lesser extent, every time you are faced with an unhealthy food choice or tempted to skip an exercise workout. This is the direct result of a perception change. You still react automatically, but now it is in accordance with positive inner motivations for optimum health and fitness that you so desire.

This may seem like quite an advanced level, but you don’t have to be a philosopher or elderly sage to attain it. I have seen it even in younger people. My 14-year-old niece was somewhat overweight and stressed out most of the time. Whenever I visited her house, I noticed her eating habits. She enjoyed eating large, unhealthy meals and loved eating chips and chocolates. She confessed that she had a designated closet drawer in her room for her favorite snacks. One day, she decided to take her nutrition and eating habits into her own hands. She started reading up about the nutritional content of most foods. She also insisted on preparing most of her meals herself. We spoke often about eating habits and the 5 Skinny Habits principles. I was amazed to see her resolve. Within a few months she reached her goal weight! She also seemed much happier in general. A few months later, I happened to be visiting her house and I saw her choosing foods from the pantry in the kitchen. She was preparing her dinner. I noticed that the pantry also had chocolates and chips. I said to her, “You know that you can have a chocolate or packet of chips once in a while.” She calmly responded to me, “Those foods don’t interest me anymore. I just don’t want them.” As she walked away, I smiled at her. I was so inspired. Here was a young girl who had hoarded stores of unhealthy “treats” in her own room—in case of a household shortage—and now she wasn’t tempted at all! What had happened in this teenager’s mind? After about a year of keeping good eating habits, she had achieved a level of perception change. Think about her response to my comment. She never told me that she wished she could eat those foods but knew it wasn’t the right thing to do because they are unhealthy or may result in weight gain. She was simply no longer tempted to eat those foods anymore. It seemed that there was in fact no longer an inner conflict about these foods. They were no longer in the realm of her food choices. The first-person voice in her mind was saying, “I don’t want to eat those foods anymore!”

We can now understand and truly appreciate why Maimonides calls the famous section in his book on character traits and emotions “The Laws of Perceptions”. A transformation or “perception change” is the most effective way to deal with bad habits because they are uprooted at their source. This is the opposite of repressing a feeling, thought, or action, which is bound to manifest itself in other unhealthy ways. I think this also explains why Maimonides places his health and eating advice in this same section. It is pointless to simply try to change external bad eating habits. As Maimonides wrote, “Many of our bad food choices and bad eating habits originate from our trained perceptions.

Think about these concepts deeply. They apply to every situation in life.

A transformation is fascinating and exciting. It is the ultimate stage of change.