The Difference Between Cravings & Hunger (And Why It Matters) 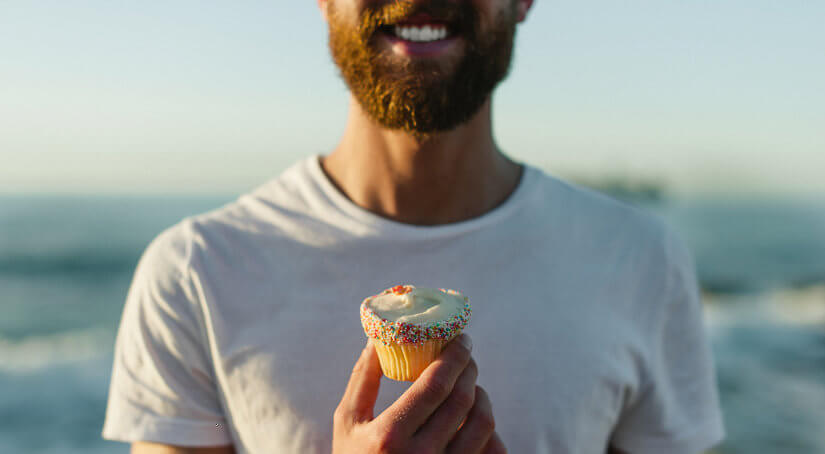 It sounds so simple: Maimonides wrote over 800 years ago, “Eat only when you’re hungry and drink only when you’re thirsty”, but it’s so much easier said than done. Our bodies have become so accustomed to bad eating and lifestyle habits that they can no longer accurately read their own cues.

Growing up in South Africa, a game ranger on safari once told me, “A deer will walk calmly in front of a pack of lions that has already made its kill. The deer instinctively knows that a lion will not eat more than it needs.” Yet if a piece of chocolate could walk, it would never venture close to a person, even after that person has finished a five-course meal.

Similarly, during an experiment, two groups of children aged three and five were given large portions of macaroni. The three-year-olds stopped eating when they weren’t hungry anymore, while the five-year-olds continued to eat even after they were full.

According to Barbara Rolls, PhD, of Pennsylvania State University, learned behavior overtakes instinct between the ages of three and five. So the younger group in that experiment listened to their bodies and instinctively stopped eating when satisfied, while the older group had already learned to choose the biggest piece of cake or clean their plates.

Since our bodies are already programed to ignore their own cues, how can we tell the difference between cravings and hunger?

When you’re hungry, you’ll want any type of food. When you experience a craving, it’s for a specific food.

When you’re truly hungry, you need food to satisfy that hunger. It’s a natural calling, and any type of food will satisfy that physiological requirement. Then you’ll no longer have to eat because the goal has been accomplished — your natural hunger has been satisfied. That’s why an animal or a three-year-old child instinctively stops eating when satiated.

Here are five tips for re-learning how to only eat when you’re hungry and only drink when you’re thirsty, and to beat cravings and unnecessary eating once and for all.

Before you eat anything between meals, first drink something — preferably 1-2 glasses of water. We often ignore our natural urge to drink water, opting for food instead. But remember: no amount of food can quench your thirst.

If you quench your thirst between meals and still feel hungry 10-20 minutes later, fight the urge to eat junk food because it’s within reach. Opt for yogurt, vegetables or fresh fruit. Not only will these options add nutrients to your diet, they’ll keep you fuller longer than a bag of chips or a candy bar.

If the source of a craving is removed, you’re less likely to be aroused by it. This is especially true for those who spend a large part of the day in the house and more specifically, the kitchen. At home, the nibbling can go on endlessly. Try not to bring home products you don’t want to eat. If you feel the need to keep some less-healthy snacks at home, keep the serving sizes small.

When we sit down to a table laden with lots of different foods, it’s so easy to overeat. A review of 39 animal and human studies found that food consumption increases when a meal has more variety, and is associated with increased body weight and fat. So limit food choices at meals when it’s within your control.

5. Eat vegetables at a meal.

High in fiber, vegetables leave you feeling full and not craving more. Even if your appetite is over-stimulated at a meal, it’ll be hard to overeat if you’re full of nutritious vegetables. If you eat proteins and grains/starches at the same meal, only take seconds of vegetables.

The main goal of a health or weight loss program should be to restore your body’s natural rhythm by reinstating its natural integrity. Then you’ll eat when you’re hungry and stop before satiation occurs — because that’s what you should do naturally. Just like an animal, your body will instinctively make the right choices.